When it comes to flying, the skies are full of abbreviations. From your terminals to your tickets, you'll see a three-letter abbreviation for your airport created by the International Air Transport Association (IATA). So that you'll know exactly where you are going, check out the abbreviations for the 40 major airports in the U.S. plus 40 major airport hubs in Europe. 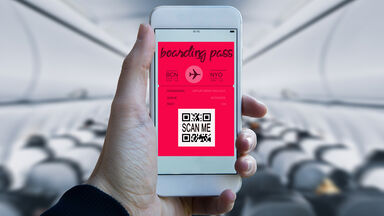 Airports get a lot of traffic in the U.S. It really is one of the quickest ways to get around. However, a few major airports get more traffic than the rest. While they can be found all over the U.S., you’ll find several high traffic airports in Texas and California. Examine the 40 major airports in the USA sorted alphabetically by their IATA airport code.

People love to travel internationally. That means that while you might be leaving from SAN, you could be arriving in FRA. Knowing exactly what the airport FRA is can make sure that your travel arrangements are correct. Since there are some major European airports where most travelers fly, knowing these airport abbreviations can be helpful.

Review the 40 major European airport codes that international travelers might encounter on their journeys.

Why Use Airport Abbreviations?

Abbreviations and acronyms just make life easier. Having to write out the full airport names on tickets and within paperwork would not only be tedious but also take up a lot of space. Therefore, organizations like IATA work to create standardized airport codes.

Each airport code is unique to that airport to ensure flight mistakes are avoided. Could you imagine the issues that having identical airport abbreviations could create? It would be madness.

The Importance of Airport Abbreviations

Airport codes are not only convenient for printing and paperwork purposes, but they ensure that each individual airport has a unique identifier. This ensures that you end up in San Francisco rather than San Diego. Now that you’ve looked at airport abbreviations, you might want to look at some examples of acronyms. Did you know LASER is an acronym?