Fantasy football is a fun game where you can build a team based on real NFL (National Football League) players and their actual performance in American football games. If you want to build a winning team, you’ll need to know all the fantasy football abbreviations you’ll see listed. Use this comprehensive fantasy football glossary to help you understand everything from player positions to scoring in leagues like those run by ESPN, CBS, and Yahoo. 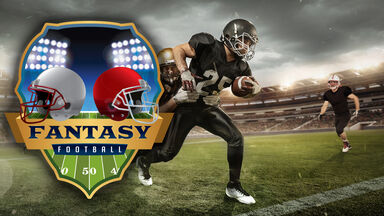 Abbreviations for Players in Fantasy Football

Most fantasy football terms and abbreviations focus on the actual players. To give you the most information possible in a small amount of space, abbreviations and acronyms are used.

Abbreviations and Acronyms for Player Positions

Player position abbreviations in fantasy football are the same as they are in the real game, but in fantasy leagues, you’ll see many of the abbreviations grouped together. This is because you have the option of choosing a player who plays any one of the listed positions for your fantasy team.

If you see a number before or after one of these abbreviations, it may indicate the ranking of that player in the league. In some cases, it is the player’s ranking amongst all players from any position. For example, QB1 could mean he’s the top player in the league and is a quarterback. In other cases, it represents the players rank amongst only other players with the same position.

These abbreviations and acronyms help you understand whether your chosen players will actually play in the next game. Circumstances like injuries and breaking rules can keep a player from hitting the field.

Since you’re putting together your own fantasy football team, you’ll need to understand how to build your team and gauge its success.

Game time abbreviations are used to shorten the football terms used for certain types of plays, stats and games.

Each fantasy football league has its own scoring system. However, the following scoring abbreviations or slight variations are typical.

From your fantasy draft to analyzing your team at the end of the season, these are all the things any good manager knows by heart.

Fantasy football acronyms and slang words can be logical abbreviations or funny acronyms. If you’re chatting online with other players, you’ll want to know some basic jargon.

Each of the 32 NFL teams has a standard abbreviation based on the team’s city.

Commonly used abbreviations in fantasy football help players gain a lot of information in very little text. You can use a glossary like this to get started or to remind you of less common abbreviations as you play.