The U.S. federal court system is vast. Not only can you find specialty courts like the Court of Federal Claims and Court of International Trade, but you have several district courts in each of the different regions. To keep them all straight, learn the different federal and district court abbreviations that might appear on court documents. 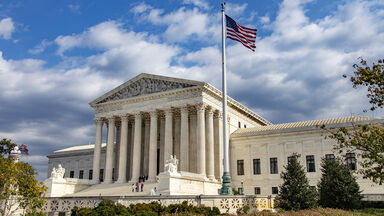 When you have a court case that makes it to the federal court level, the first courts it will go through are the district courts. Each U.S. state has its own district court, and some have more than one. Learn the abbreviations for all the different district courts by region.

When it comes to the Midwest region, you’re looking at the area from Ohio to North Dakota. While this area has lots of lakes, like Lake Michigan and Lake Superior, there aren’t any oceans. District court abbreviations in the Midwest include:

Not only does the American South have one of the largest drive-in restaurants in Georgia, but you might also enjoy Mardi Gras celebrations in New Orleans. If you're looking for abbreviations for district courts in the south, these will include:

In the west, you’ll find the Rocky Mountains in Colorado and all the sunny beaches of California. You can also find Alaska and the islands like Hawaii. When looking for court district abbreviations in the west, you will find:

When a case is appealed in the district court, it can go to one of 13 circuit courts and the Supreme Court. There are also specialty federal courts like the Trade Court of International Trade and the Court of Claims. If you are looking for federal court abbreviations, they are listed here.

There are quite a few district and federal courts in the United States. Not only are there district courts in each state (and sometimes several), but there are also 13 circuit courts and a Supreme Court at the federal level. Now that you know more about the military courts too, you might want to check out military acronyms.