Watching football matches can be an exhilarating experience, especially in international competitions like the World Cup. But, following the 3-digit FIFA country codes can be distracting when you’re trying to keep your eye on the ball. Read on for a list of the FIFA abbreviations that represent the 223 countries organized by regional conferences. 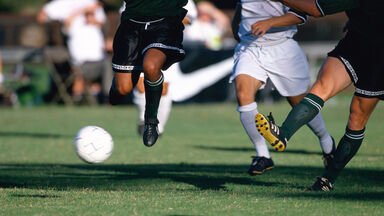 FIFA (Fédération Internationale de Football Association) is the governing body of international football, fútsal, beach soccer, and efootball men’s teams. It oversees 211 men’s teams from national organizations, 129 of which include women’s teams. Additionally, 12 teams are affiliated with the six football confederations, but not the larger body of FIFA.

There are 47 countries in the AFC. They are mainly located on the Asian continent with the exception of Australia, which joined the AFC from the Oceania Football Confederation (OFC) in 2006. There are five separate federations within the AFC, primarily organized by geographical location.

The six current countries of the Central Asian Football Association (CAFA) are its founding members. It includes four women’s teams (Afghanistan, Iran, Tajikistan, and Uzbekistan). Iran is its highest-ranked member of FIFA as of 2020.

The South Asian Football Federation (SAFF) used to include eight members before Afghanistan joined the new CAFA in 2015. Each country in the SAFF includes both a men’s and a women’s ranked team.

The ASEAN Football Federation (AFF) is composed of countries in Southeast Asia and the Pacific Islands. Australia is its top-rated team as of 2020.

The East Asian Football Federation (EAFF) includes nine countries that are FIFA members and one association that is not (Northern Mariana Islands). Each country has both a men’s and women’s team, with the exception of Hong Kong.

The biggest continental confederation of FIFA is the Confederation of African Football. The CAF oversees football for the entire continent of Africa. It includes 56 countries, 54 of which are FIFA members (excluding Réunion and Zanzibar), divided into five regional zones.

The West African Football Union was split into two manageable zones in 2011. Senegal is the highest ranked team in the WAFU-UFOA as of 2020.

Zone A countries include:

Zone B countries include:

The headquarters for the Council of Southern Africa Football Associations (COSAFA) is located in Botswana. Of the 15 countries in the association, one country is also in the UAFA (Comoros), and another is an associate member of COSAFA (Réunion).

The Confederation of North & Central American and Caribbean Association Football (CONCACAF) oversees 41 football associations in North and Central America, as well as countries in the Caribbean. It includes some of FIFA’s most successful men’s teams, including Mexico, Costa Rica, and Panama, as well as the women’s team from the United States.

The three North American countries make up the NAFU. Mexico’s men’s team is the highest-ranked in the association, while the US women’s team is ranked first, as of 2020.

Twenty-five of the CONCACAF’s associations are a part of the Caribbean Zone (CFU). In addition to these countries, there are six associations that are not affiliated with FIFA.

Although the South American Football Confederation (CONMEBOL) includes fewer football associations than any other confederation, it holds nine World Cups – five of which belong to Brazil. Uruguay, Argentina, and Columbia join Brazil as four of the 10 highest-ranked countries in FIFA.

The Oceania Football Confederation (OFC) includes football associations from Pacific island nations. Both New Zealand’s men’s and women’s teams are the highest-ranked in the OFC, as of 2020.

Got your head in the game? Keep the scoreboard moving with more sports-related resources. Discover a few fun facts about soccer to get started. Then, you can brush up on your baseball statistic abbreviations with a helpful article. Or, get ready for the next Summer Olympics with some little-known lingo.