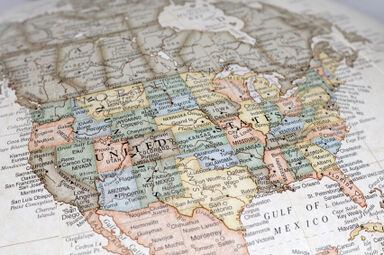 There is more than one type of abbreviation. An acronym is a new word created from the initial letters of a long name or phrase, for example, NATO (North Atlantic Treaty Organization). An initialism is where a long phrase is abbreviated to its initial letters but the letters are pronounced individually, not spoken as a word - for example, FBI (Federal Bureau of Investigation). An initialism can be considered a type of acronym.

The U.S. is itself a well-established abbreviation, as are the shortened forms of the 50 states, like NY for New York. As you will see in the following list of commonly used abbreviations they exist in all areas of life from medicine to military and geography to baking.

Abbreviations are also necessary for measurements for cooking and baking - after all, your cake won't come out very well if you don't know the difference between:

If you want to find your way around, you better know location abbreviations such as:

Abbreviations often show up in describing academic and job titles. For example:

The advent of the internet brought about a whole new range of abbreviations into our daily lives. For the sake of brevity, our texts, tweets, and chats are now made up many abbreviations. For example:

These are just a handful of innumerable abbreviations that are used online and on our phones.

During the Great Depression, President Franklin Delano Roosevelt created a number of agencies to stimulate job growth in the United States. Known as "alphabet agencies," these are some of the most famous abbreviations today.

Looking at Latin, the root of much of the English language is a good way to decipher abbreviations. The most common abbreviations that we use in day-to-day life are derived from this ancient language. For example:

Latin has also gifted us with other abbreviations we use so frequently that, at times, we forget what they stand for. For instance:

Abbreviations are a common part of our lives, they save us time and space in our written communication. In other words, almost anything you want to do, from official documents to text messages, will require you to know an abbreviation or two. Remember that although an abbreviation usually consists of a letter or group of letters taken from a word or phrase, that's not always the case, especially in the case of measurements. Continue exploring abbreviations by learning how to make them plural.