Navy Acronyms and Abbreviations: From Rank to Assignments

The United States Navy uses special acronyms to indicate ranks, assignments and other important information in an efficient manner. When they’re in the heat of the moment, Navy personnel need acronyms and abbreviations to share information quickly without sacrificing precision. 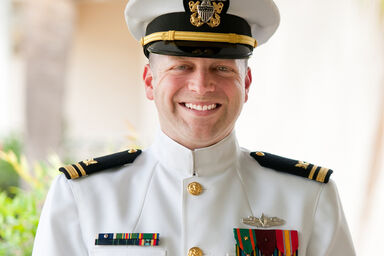 As with all other branches of military, the Navy has inherent ranks and levels. This creates a line of command, ensuring that you know exactly who you’re reporting to, but it also outlines your roles and responsibilities. Here are the U.S. Navy ranks in lowest to highest order:

Along with the above ranks, each person in the Navy has a specific job or assignment on the field (or the open seas).

While the Navy is known for protecting the seas, it has numerous facilities and bases on land that house units, train soldiers and provide resources.

Even on top of rankings, unit names and assignments, the Navy has other miscellaneous abbreviations to refer to commands, instructions and more.

You Can Sail the Seven Seas

Acronyms and abbreviations allow for smooth, efficient communication when you’re giving or taking orders and protecting the Seven Seas.