There are hundreds of police abbreviations, acronyms, and jargon words used in paperwork and on the radio by law enforcement officials. Whether you’re working towards a career as a police officer or you want to better understand what’s happening on your police scanner, learning police lingo from a police terminology list can be fun and informative. 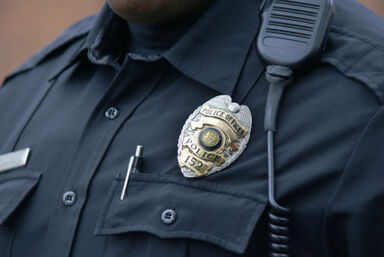 Police acronyms and abbreviations in English used in the United States of America cover everything from everyday events to extreme emergencies.

Things like directions, injury assessments, and motor vehicle documents all have abbreviations so officers can quickly share information about traffic stops and accidents.

Police Codes for Crimes and Their Abbreviations

Specific crimes are often abbreviated so they’re easier to report. Understanding these terms can also help you understand what’s happening if you’re arrested.

Police Abbreviations for Paperwork and Trials

Police paperwork covers a lot of detail, so abbreviations are often used to keep reports shorter.

Specialized police units and task force are more commonly known by their acronyms.

Radio codes are extremely important when there is an emergency and time is of the essence. Codes are numerical abbreviations that can allow help to arrive faster by indicating the type of emergency. The use of codes also keeps communication confidential when it comes over a two-way radio and the officer is in a public place.

Most people are familiar with simple 10 codes for police, like 10-4. The word “ten” tells police that the next number or set of numbers is a code for something. Since there is no universal set of ten codes, these are examples of what they mean in some cases.

Since ten codes have become common knowledge over time, some police departments use other codes, like eleven codes, to communicate.

Jargon is basically a type of shorthand. Understanding cop lingo, or police jargon, can help you learn how to talk like a real cop.

Police departments often use an alphabet provided by the Association of Public-Safety Communications Officials-International, or APCO, to spell out words over their radios. The police alphabet includes one word for each letter and helps dispatchers and officers clearly understand each other over radio communication. In some places the NATO phonetic alphabet is used.

There may be variations between areas, but this is the police alphabet from the LAPD.

Just like anyone else, police often come up with slang words and other terms that cover common situations they encounter.

Whether you are watching police-themed television shows or listening to police calls on a scanner, it is obvious that abbreviations and codes are frequently used by the police and their dispatchers. You can check out codes used by your local law enforcement agency by checking out their website or visiting in person.