Abbreviations allow us to shorten complex words and phrases and be more concise in our writing. The rules for abbreviations are rather complex and can vary. Below, you’ll find some of the most important rules and guidelines for using abbreviations in your writing. 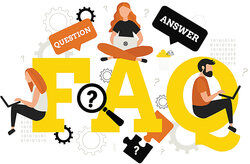 1. Introduce Them with Parentheses

In the fall, he plans to attend the Massachusetts Institute of Technology (MIT). There, he will major in electrical engineering and computer science. MIT offers eight different engineering programs.

If you’ve ever written a letter or an email, you’ve probably seen terms like Mr. or Dr. It’s proper to abbreviate professional titles when they’re followed by a name. For example:

You may find that American English and British English differ here. In America, we always write, “Mr.” or “Mrs.” In British English, however, the period is omitted to read, “Mr” or “Mrs” instead.

Don’t abbreviate a title in a scenario like this: “She was relieved when the doctor finally entered the room.” An abbreviation like “Dr.” must be accompanied by someone’s name. Finally, if the abbreviation is set to come after the person’s name, be sure to use a comma. For example:

Academic degrees also come with a few variations. For example, if you’ve earned a Bachelor of Arts degree, that can be abbreviated as “B.A.” or “BA.” If you’re including this in some form of academic writing, be sure to consult your style guide. It will tell you how to properly punctuate the title.

Before you abbreviate, you might want to double check that the term is, indeed, well known. Common abbreviations include:

Well-known companies or organizations can also go by abbreviations. For example:

Generally speaking, abbreviations that use all capital letters (which are pronounced individually) are considered initialisms. When you’re dealing with initialisms, periods aren’t usually required after each letter.

Of course, the rules for abbreviations are not completely clear cut, so this may not always be the case. A tricky one is Ph.D (or PhD), Doctor of Philosophy, where you’d pronounce each letter. There, you have upper-case letters, lower-case letters, and (potentially) periods. Again, in these uncertain times, your style guide will be your best friend.

Another tricky aspect of initialisms is that some people think of them as a type of acronym, while others insist they are an entirely separate category. Even grammarians can't decide on this issue, so whether you call "ASAP" an acronym or initialism is really up to you.

Days of the week and months may be shortened, or abbreviated in casual writing. In formal writing, you almost never abbreviate days or months (unless you’re incorporating them into tables or charts). For example:

Note that, whether you’re informally abbreviating or writing in formal terms, we must always place a comma between the day of the week and the month. And, in all cases, capitalize the names of the days and months too.

When a month is used with a specific date, only abbreviate:

That said, do spell them out whenever they’re standing alone, or with a year alone. For example:

Remember to use a period at the end of the day or month, to signal the abbreviation. If you’re writing an essay for school, you might want to refer to your style guide. School essays are typically MLA, at least in the middle to high school range. Certain days of the week can vary in their abbreviations. For example:

This is why it’s always wise to have your stylebook nearby. AP style, for example, says you should go with the three letter abbreviation and only when including them in tables or charts.

Time can also be abbreviated and the format is open to interpretation. It can be written in the following ways:

Referring to the AP Style Guide again, we’re told to use figures except for noon and midnight. Also, use a colon to separate hours from minutes. AP style also calls specifically for lowercase abbreviations for a.m. and p.m. with periods. Chicago, APA, and MLA styles may differ.

If you’re referencing time zones in the United States, no periods are required and the zones can go in all caps. For example:

Just be careful with your audience. Another American time zone is CST (Central Standard Time). But, in China, that could mean China Standard Time. EST, PST, MST, and others are acceptable when referencing within the continental United States, Canada, and Mexico. You may also run into something like 5 p.m. PDT (Pacific Daylight Time) for areas in the world observing daylight saving time.

6. There Are USPS Standards for Addresses

Therefore, an address label would read:

In America, the format for a single-line address label is as follows. Note the comma placements:

In the same scenario, you can also abbreviate the street address and write it across lines like so:

There are two Latin abbreviations that we commonly use in our writing. They are:

These terms are often misused. When you use them, try to substitute the abbreviation for the actual words (“for example” and “that is,” respectively) or something similar. Then, you’ll know if you’re using the terms correctly. For example:

Whatever your selection, be sure you mean exactly what you say (“for example” or “that is”) and use two periods and a comma.

Other common Latin abbreviations include:

8. Don't Use Articles With Acronyms... Usually

Take a look at these two scenarios:

Are you wondering why one required the article “the,” while the other didn’t?

It all comes down to initialisms and acronyms. When dealing with an initialism (where you utter each letter individually), you’ll likely insert an article (a, an, or the) before it. Which article? The general rule for indefinite articles is to use a before consonant sounds and an before vowel sounds. Use the definite article with an initialism if the written-out term would begin with “the,” e.g. "the CEO."

If it’s an acronym, then you usually won’t need an article, unless it's being used as an adjective, "the NASA control room." Again, these are loose and general rules, as abbreviations lead a multifaceted and ever-changing life.

Abbreviations and acronyms are commonly confused. One of the best ways to tell the difference is to note that abbreviations are a shortened set of letters to indicate a word, you would usually say the whole word, e.g. bvld for boulevard. Acronyms usually take the first letter of a group of words and spell out a new word, e.g. POTUS for President of the United States.

Acronyms are still a type of abbreviation, as are initialisms. Some call these acronyms, but they’re not spoken as full words (ruling them out from the purest definition of an acronym). Rather, each initial is pronounced, e.g. FAQ, Frequently Asked Questions.

An exception might be state initialisms. If you came across “ND” in a section of writing, you would probably read it aloud as “North Dakota.”

There we have the sole purpose of an abbreviation. Its aim is brevity and concision. Some abbreviations are shortened forms of words (Mr. or Dr.). Others are initialisms (CBS or NBC) or acronyms (POTUS or radar). With these rules in your back pocket, you’ll be well-positioned to abbreviate correctly. Still, it’s always wise to consult your style guide in times of doubt.

Here at YourDictionary, we have lists of abbreviations for nearly every category under the sun. Looking for computer abbreviations? How about military acronyms? We have long lists for you. From government acronyms to HR acronyms, you can find a definitive list on our site today.