From milliseconds to hours, it helps to know some common abbreviations and conversions for measuring time. This list of abbreviations for seconds, minutes, and hours will help you express yourself clearly and understand what you read. 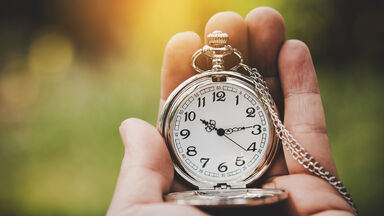 A millisecond is 1/1000 of a second. You’ll often see it in computer and technology documents in reference to processor speed, for example, as well as in some sporting competitions. While it’s hard to imagine from a human perspective, a single millisecond can make the difference between winning and losing a race at the Olympics.

There are two common abbreviations for millisecond:

If you are speaking about multiple milliseconds, you don’t change the abbreviation:

You can use the following conversions when working with milliseconds:

A second is 1/60 of a minute, and it represents one tick of the second hand around the face of a clock. According to Discover Magazine, people began to think in terms of seconds when clocks first began to use pendulums in the middle of the 17th century. In the 1950s and 1960s, scientists began measuring seconds using the far more accurate atomic clocks.

You can use the following abbreviations for seconds:

If you are writing about more than one second, the plural abbreviation is the same as the singular. These examples can help:

The following conversions work for seconds:

A minute is 1/60 of an hour. According to Scientific American, this division is a relatively new concept. The first clocks showing minutes did not appear until the end of the 16th century, and even then, much of the general public was still unfamiliar with the concept of dividing an hour into 60 parts.

Rarely, an additional second or “leap second” is added to the length of a minute to keep things consistent and in line with the Earth's orbit around the sun.

To write an abbreviated version of minutes, you can use the following:

It’s important to note that the abbreviation does not change when there are more minutes. The plural abbreviation is still “min,” as you can see in these examples:

You can combine the informal prime abbreviations (similar to apostrophes) for minutes and seconds too, as in these examples:

If you’re working with minutes, you can use the following conversions:

An hour is 1/24 of a day. The concept of dividing a day into smaller parts began with the Ancient Egyptians, according to Scientific American. However, the idea of hours having a fixed length did not appear until the 14th century when mechanical clocks became common.

If you need to write a shorter version of “hours,” there are two common abbreviations you can use:

Informally, more than one hour can be abbreviated as “hrs,” but in formal work, you still simply use “hr” for more than one hour. You can combine abbreviations for lengths of time too; the single letter versions are most common in this type of notation.

If you need to convert an hour into another unit, these conversions can help:

Common abbreviations like these are an important part of communication, especially when you’re writing. Understanding how to express yourself clearly and use the right abbreviations can help you make sure others understand what you’re saying.