Standard Month and Days of the Week Abbreviations 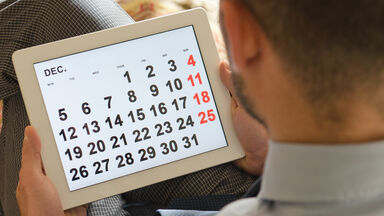 Months of the Year Abbreviations

For the most part, month abbreviations use the first three letters of the word. Two exceptions are May (which is never abbreviated shorter than its original word) and September (which is often abbreviated with four letters). Here are common ways to abbreviate the months of the year.

While the above abbreviations are correct in informal writing, you should know how to use them when writing formally as well. Both the MLA and APA style guides dictate how you should abbreviate months. These rules include:

History of the Months of the Year

The modern calendar is known as the Gregorian calendar. It has changed from its original form as the ancient Roman lunar calendar, which had 10 named months and 2 unnamed months during the winter. Roman months were named after gods and goddesses and Latin words. They included:

Julius Caesar revised the calendar to the Julian calendar, which modified the month lengths according to the Earth’s revolutions around the sun. After his death, the months July (Julius) and August (Augustus) were added to the calendar.

Days of the Week Abbreviations

Short Days of the Week Abbreviations

Writing the days of the week as single letters allows you to convey a longer schedule. Some examples of letter schedules include:

Are you up to speed on the days of the week and the months of the year? Review more time-related abbreviations with an article on seconds, minutes, and hours. You can also brush up on your cooking measurement abbreviations with a helpful list and conversion chart.