If you've ever been into an online chat room, used an instant messenger, had a conversation via text message, or talked to a teenager, you are probably at least somewhat familiar with many of the following texting abbreviations. Although they tend to be grammatically incorrect and slightly confusing, they are commonly used and practical, making sending text messages quick and easier on your fingers. You don't have to use them if they make you feel like you're losing IQ points, but chances are that you will have to decipher them at some point if you haven't already, so you probably should know what they mean.

Texting and chat abbreviations have almost created a whole new dialect, and if you can't tell your BRBs from your LOLs, here's a handy reference guide to help you "speak Text" with the best of them:

This stand-alone text abbreviation is used to excuse oneself from an Internet conversation for a short while.Most often, it is used when absences will be under five minutes.

Rather than posing an update on Twitter, individual members can send each other private messages directly. Dm can be used as a noun or a verb.

When you have to leave in a hurry and don't have time for a formal farewell, "g2g" is your go-to stand-alone text abbreviation. You can follow it up with "l8r," "ttyl" or "ttfn."

This can be used as a complete sentence, or you can follow it up with exactly what you don't know.

Like "DM," "IM" can be used as a noun or a verb - you can send someone and IM or you can IM someone.

This abbreviation is an addendum to a jocular or sarcastic statement. It is used to clarify that the prior statement was meant in jest.

Used as a stand-alone statement to bid farewell or in conjunction with "cu" (see you).

Stronger than "LOL," but not quite as exaggerated as "ROFL," "lmao" is used to express hearty laughter.

Another stand-alone expression, "lol" can be intensified by using capital letters (LOL) or adding exclamation points.

A stand-alone expression conveying any combination of disbelief, frustration, anger, fear and/or confusion.

Of course, these texting abbreviations are not the only ones people use. There are tons more, from the obvious to the completely mystifying.

There are also what we call "emoticons" (emotional/emotive icons). Generally, emoticons are simply combinations of keyboard characters that, when combined, resemble an expressive human face.

Here are a few examples:

Maybe you are one of those people who can't stand all these nonsensical texting abbreviations and symbols. Maybe you will insist on spelling out every word and using correct capitalization and punctuation until the day you die. That is perfectly acceptable, but at least now you'll be able to decipher what everyone else is saying. 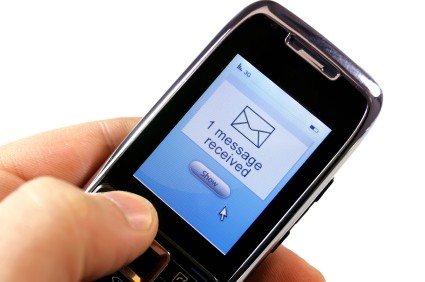