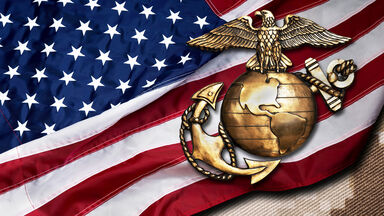 Soldiers who enlist in the Marine Corps begin as Privates and move up the ranks by proving their valor to their commanding officers. Enlisted Marines who have pay grades of E-4 and E-5 are considered NCOs (non-commissioned officers) to whom lower-ranking Marines report. Here are the USMC rank abbreviations and pay grades for enlisted Marines.

Marines can have other designations and duties. From cooks to musicians to stewards, the job of a Marine is to serve their fellow Marine so they can both serve their country. Here is a list of other ranks and abbreviations within the USMC, including the Commandant of the Marine Corps – the highest rank in the Marine Corps.

If you’re interested in learning more about the military, we’ve got more articles for you to read. Check out an informational list of common military vocabulary that you might hear from a commanding officer. Or, if you’re reaching someone stationed overseas, read an article that includes encouraging phrases and tips for communicating with a soldier.