What Is the Difference Between an Abbreviation and an Acronym?

Abbreviations and acronyms are shortened forms of words or phrases. An abbreviation is typically a shortened form of words used to represent the whole (such as Dr. or Prof.) while an acronym contains a set of initial letters from a phrase that usually form another word (such as radar or scuba). 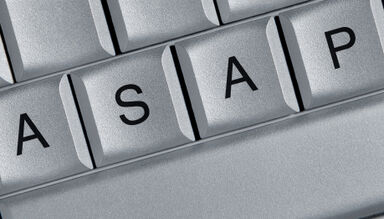 What Is the Difference Between an Abbreviation and an Acronym?

Abbreviations and acronyms are often interchanged, yet the two are quite distinct. The main point of reference is that abbreviations are merely a series of letters while acronyms form new words.

Each one allows writers to make large blocks of text easier to read. Beware that both abbreviations and acronyms are typically considered informal and should be carefully considered before including them in more formal writings.

There's a great deal of overlap between abbreviations and acronyms. It's worth pointing out that an acronym is a type of abbreviation because acronyms are shortened forms of words and phrases.

Let's take a closer look at abbreviations. As we know, an abbreviation is a shortened form of a word or phrase, such as Mr. for Mister, or hr. for hour that is still said as the full word or words.

There are millions of common abbreviations used every day. Let's take a look at some of the popular ones we see and/or use almost daily.

Tightening "December" to "Dec." is an abbreviation because "Dec."is simply a written shorthand for the full word. It's not an acronym since "Dec." isn't said as a word.

You may have wondered why some abbreviations, like those for ounce (oz) and pound (lb) use letters that aren't part of the original word. In these cases the abbreviations are based on older forms of the word.

An acronym, technically, must spell out another word. This is a good point of reference to help you distinguish between abbreviations and acronyms. Another good way to differentiate them is that acronyms don't just shorten words, they often simplify a long organization name, scientific term or idea.

Some acronyms create new words that are so commonly used, we forget they're actually a series of letters from a longer word or phrase. For example, when we go scuba diving, we rarely consider the fact that scuba is an acronym of self-contained underwater breathing apparatus.

Then there are initialisms which cause some confusion. Would you consider "VIP" to be an acronym? Technically, it's an initialism. Initialisms are a series of initial letters of words or a phrase that form an abbreviation but aren't pronounced as a word. We enunciate each letter.

Like abbreviations, acronyms and initialisms are used daily and most people can interpret the meaning of common acronyms without much thought.

Let's test our knowledge with a few more examples:

Abbreviations and acronyms are shortened versions of words and phrases that help speed up our communication. Initialisms act in the same way. Before you use any type of abbreviation consider your audience; are you writing something formal or informal? Will everyone understand the meaning of your abbreviated word or letters? If so, feel free to shorten up those lengthier words with recognizable abbreviations, acronyms, and even initialisms. If you need to explain the abbreviation, write out the word or phrase in full first followed by the abbreviation in parentheses.