Messrs., Mmes. and Mses.: Quick Guide to Meaning & Use

If you’re looking for plural abbreviations for Mr., Mrs. and Ms., you’ll find this quick guide to using Messrs., Mmes and Mses. to be quite helpful. Find out what these lesser-known abbreviations mean and how to use them appropriately. 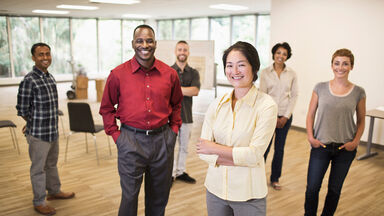 group of men and women in office
Advertisement

When to Use Messrs.

The following sentences represent correct usages of the singular and plural forms of mister, expressed as words and as abbreviations.

Take care to avoid common mistakes when attempting to use the plural form of Mr.

Do not use either of the following options:

Mmes. is the correct plural form of Mrs. According to The New Republic (TNR), the evolution of this term is fairly complicated.

The following examples illustrate correct and appropriate uses of singular and plural options referring to married women. As the full words are very formal, though, they are rarely used.

Be careful to avoid making common errors when using the plural form of Mrs.

Examples of what to avoid include:

Mses.: Plural of Miss or Ms.

Mses. is the correct plural form of the word Miss and the plural abbreviation Ms. Miss refers to an unmarried woman. There is no abbreviation of Miss. Ms. can refer to any woman regardless of marital status. Like Mrs., Ms. originated as a contraction of mistress, though the term mistress is no longer used because it has taken on a new meaning with a negative connotation.

The following examples represent correct uses of the singular and plural forms of Miss, Ms. and Mses.

There are a few common errors regarding the usage of Mses. and Ms. Mistakes to avoid include:

Master the Meanings of Abbreviations

Now that you’ve learned how to correctly convert Mr., Mrs. and Ms. into plural abbreviations, it’s a great time to master even more common abbreviations. From there, you may want to expand your expertise to common acronyms.