Using acronyms and abbreviations is convenient, but it can also be a bit confusing figuring out how to properly convert these shortened versions of words or phrases to plural form. Discover basic rules for forming plural acronyms and plural abbreviations. 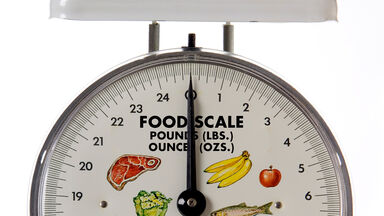 An acronym is a group of letters where each letter stands for a specific word in a phrase. True acronyms are pronounced as if they are words (for example: laser). Initialisms are a bit different, but are treated the same as acronyms. They are formed the same and become plural the same way, but are pronounced as individual letters rather than sounding like a word (For example: RBI).

Last Letter Is Not S

For acronyms that end in a letter other than an s, simply add a lowercase s after the last letter. In other words, simply follow the ordinary procedure for most nouns.

Be sure to avoid making common mistakes when converting acronyms that end in a letter other than s to plural form.

When the last letter of an acronym or an initialism is an s, things get more complicated. Unless you are writing in a specific style (such as Chicago or American Psychological Association) that specifies how to handle these situations, you can add a lowercase s or an es, choosing the one that looks least likely to confuse the reader. If both ways look confusing, alter the wording of the sentence so you don’t need to use the acronym in a plural form. Consider spelling out each word rather than using the acronym or rephrasing the sentence.

While most style manuals advise against using an apostrophe for anything other than to indicate possession, some print publications follow a different guideline. Since print media outlets often use all capital letters for their headlines, they will use an apostrophe before an s when using the plural form of an acronym or initialism. This is to prevent confusion about what the letters in the acronym or initialism actually stand for.

Be careful to avoid common mistakes when pluralizing acronyms or intiallisms that end with an s.

Let the Period Count Be Your Guide

Be Alert for Exceptions

Applying the Rules for Plural Acronyms and Abbreviations

Be sure that you know the difference between an acronym and an abbreviation so you’re clear on which rules apply to the word you need to pluralize. Applying that knowledge, along with basic apostrophe rules, will help you properly express acronyms and abbreviations in plural form.