Although email has made the task of communicating with friends and family much easier, there are still many occasions where you will need to send a letter the old-fashioned way. For example, even if you're extremely tech-savvy it's still considered poor taste to email your wedding invitation!

To make sure your mail arrives at the correct destination, you'll need to use the appropriate United States post office abbreviations.

US Commonwealth and Territories

Outside of the 50 main states in the Union, the United States has several territories in different parts of the world too. These territories may not be official states, but they still adhere to the same official formula of two capital letters for their official abbreviations.

In addition to the postal abbreviations listed above, the states in the United States can also be shortened with a system typically called "traditional" abbreviations. Most, if not all of these predate the official postal system and they continue to be used in newspaper stories, academic articles, and other formal writing contexts.

Be sure to check the official style guide that applies to your writing -- like MLA Style, AP Style, or Chicago Manual of Style -- for additional rules and guidelines for writing about states and other locations.

Note that with the traditional state abbreviations, the first letter is capitalized, subsequent letters are lower-case (unless they're abbreviating a new word), and each abbreviation (where the name is not written out in full) ends in a period.

It's in the Mail

Additional address abbreviations can be found on the United States Postal Service website. You'll also find a variety of other useful information there in regards to sending letters and parcels through the mail. 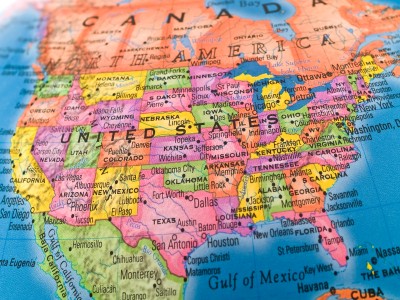