What Do POTUS, FLOTUS and SCOTUS Mean?

Are you wondering about the acronyms used to refer to certain elected or appointed governmental representatives in the United States? Discover the answer to the question, “What does POTUS mean?” as well as other common acronyms like FLOTUS, SCOTUS and terminology related to the vice-presidential role. 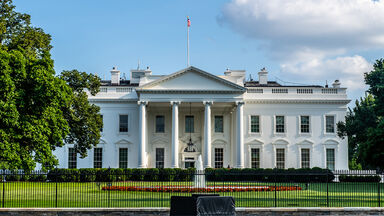 The acronym POTUS stands for the phrase “President of the United States.” It is an acronym formed by combining the first letter of each word from that phrase in order.

POTUS is pronounced as POE-tus, using a long o sound.

Review a few examples of POTUS meaning used in sentences and questions.

FLOTUS is pronounced as FLOW-tus, using a long o sound. It rhymes with the way POTUS sounds when spoken.

Review a few examples of FLOTUS meaning used in sentences and questions.

POTUS and FLOTUS Used Together

When the phrases POTUS and FLOTUS are used together in a statement, that is the equivalent of saying “The President and the First Lady” using acronyms rather than the full words.

Current and Past Presidents and Their Wives

When a POTUS is no longer in office, the individual is still referred to as Mr. President. However, the term POTUS on its own is generally used for a sitting president, meaning the one currently in office. The acronym can still be used but in a slightly different form.

If you're interested in what does POTUS mean, you might also be wondering about acronyms that could be used to describe the vice presidential role.

The vice president of the United States is often referred to simply as the VP. However, you could also use the acronym VPOTUS to refer to the person in this role.

In keeping with the acronym tradition, these titles could be further shortened to SGOTUS and SLOTUS. Since those terms are difficult to say, though, chances are that they won't become common references to these roles.

SCOTUS is pronounced as SCOE-tus, using a long o sound. It also rhymes with POTUS and FLOTUS.

Review a few examples of the acronym SCOTUS in sentence and question format.

About the -OTUS Suffix

The one thing that is common about these acronyms is the fact that they all end with the suffix -OTUS. This suffix is an abbreviation for the phrase “of the United States.” While there aren’t other widely used -OTUS acronyms, this suffix could be used to create acronyms similar to POTUS, FLOTUS and SCOTUS.

Now that you have a better understanding of the meanings of POTUS, FLOTUS and SCOTUS, and other related acronyms, you can use them correctly in conversation or writing. Or, if you prefer to avoid using acronyms, you can simply use the full title when discussing a current or former president, first lady, second gentleman or the Supreme Court. For more ideas on ways to shorten the names of governmental phrases or entities, learn about government acronyms and abbreviations.