What Does GF Mean? The Abbreviation Explained

You’ve likely encountered the acronym GF while texting, searching the internet or even in conversation. GF typically means “Girlfriend.” Although it is usually used in written form, it can be used in everyday speech. Explore more about the meaning and uses of GF. 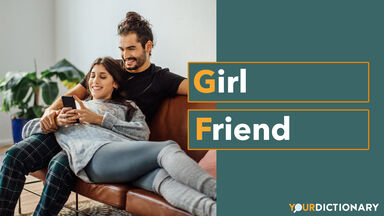 GF as an Abbreviation

GF is an initialism, meaning that it’s pronounced as individual letters rather than as a word, that has taken on a life of its own in everyday language. GF is most commonly used to abbreviate “girlfriend.” The first recorded use of the term “girlfriend” was in 1859. It was used to refer to any friend that was female. In 1922, the term took on a more distinctly romantic meaning and became a way of describing a female partner throughout the 20th century.

With the continued rise of the internet and texting in the 21st century, terms like girlfriend were commonly abbreviated in textspeak. While the initial use of GF as an abbreviation of girlfriend is unknown, it has risen in popularity over the years to become a commonly recognized term.

Using shorthand and abbreviations increased in popularity with the rise of SMS texting. Back in the late 1990s and early 2000s, cell phones either did not have keyboards or each number on the phone was connected to three or four letters. Additionally, there was a character limit. Using abbreviations made communication easier and more efficient for early cell phone users, and acronyms and initialisms became the norm in text communication.

Other Meanings of GF

In addition to girlfriend, there are other notable meanings of GF that describe important people, places, things, and events in your life.

Examples and Usage of GF

GF can be used in various ways and instances to reference a girlfriend. People might use GF when talking about their girlfriends, either as romantic partners or as friends who are girls. Although the term is usually used by a younger demographic, anyone can use GF when texting. Here are some examples of GF in context.

Discover more abbreviations you can use to refer to your romantic partner, best friend or other important people in your life.