What Does LGBTQIA+ Stand For? Full Abbreviation And Other Terms Explained

LGBTQIA+ is an inclusive term that includes people of all genders and sexualities, such as lesbian, gay, bisexual, transgender, questioning, queer, intersex, asexual, pansexual, and allies. While each letter in LGBTQIA+ stands for a specific group of people, the term encompasses the entire spectrum of gender fluidity and sexual identities. 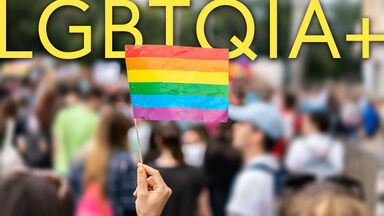 What Does LGB Mean?

The letters LGB stand for lesbian, gay and bisexual. These terms mean:

What Does the T in LGBTQIA+ Mean?

The T in LGBTQIA+ can have several different meanings but typically deals with gender identity. Some words have fallen out of favor or their meanings are slightly different depending on the person.

What Does QIA Mean?

QIA stands for questioning or queer, intersex and asexual. These terms mean:

The plus sign at the end of LGBTQIA+ can include members of other communities, including allies — people who support and rally the LGBTQIA+ cause even though they don’t identify within the community itself. Other identities included in the LGBTQIA+ are:

In today’s society, people are challenging social norms associated with relationships, sexuality and gender identity. These people may not be gay, so other terms to describe them were created or popularized.

Be Sensitive With Slang

It’s important to use these and any slang terms you may have heard sensitively. Even when someone outside the LGBTQIA+ community means well, they may unknowingly use one of these words in an offensive way. When in doubt, it’s best to ask someone from the LGBTQIA+ community or check a resource such as GLAAD (Gay & Lesbian Alliance Against Defamation) about the use of these or any slang terms.

The Language of Acceptance

Learning how to speak to and about others with respect should be one’s ultimate goal in communication. For more information about the language of gender identity, check out: