What Does USSR Stand For? Meaning and Brief Background

You may have heard of the USSR, but do you know what the abbreviation stands for? Is it a country or a group of countries? Does it exist anymore? Find out the meaning and background of the USSR in world history. 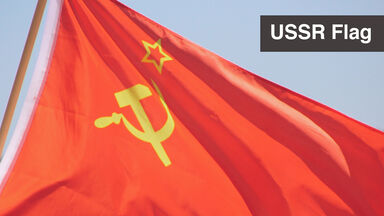 USSR stands for the Union of Soviet Socialist Republics, a union of multiple communist countries that no longer exists but that played a major role in world history. Formed in 1922, the USSR grew in size and power to become a formidable geopolitical force until its dissolution in 1991.

The USSR was also commonly known as the Soviet Union. The cyrillic abbreviation for USSR is СССР, which stands for Союз Советских Социалистических Республик. Although some people use Russia and the USSR synonymously, Russia was just one country in the USSR.

The initial members of the USSR were several formerly independent Soviet republics located in Eastern Europe. These republics began working closely together in 1917 when civil war broke out between the Bolsheviks and opposing forces. After the Bolsheviks took power in 1922, one of their first orders of business was to form the USSR, which brought these countries together as a unified alliance of communist republics.

At the time the USSR was formed, it consisted of four republics:

In 1936, the Transcaucasian Federation was divided into three separate republics (Georgia, Azerbaijan and Armenia), taking the total to seven. While the USSR consisted of multiple republics, Russia was always the most dominant and visible member on the world stage.

The USSR continued to grow, becoming a very powerful and influential force on a global scale, largely due to its nuclear program and the Cold War that raged between the USSR and the United States from 1947-1991.

At its peak, the USSR reached 15 member republics, which were:

The USSR existed for 69 years. In 1989, a major protest in East Germany led to the fall of the Berlin Wall, just two years before the ruling Communist Party attempted a coup d'état against President Mikhail Gorbachev. Gorbachev was significantly weakened in terms of his power and ultimately resigned from office. The republics that made up the USSR declared their independence, leading to the dissolution of the USSR on December 26, 1991.

Now that you have a better understanding of what USSR stands for, you may want to learn more about what its form of government was like. Start by reviewing some examples of communism. Then, explore the differences between fascism, communism and socialism.