What Does WBY Mean? The Abbreviation Explained

Sometimes you can become the focus of the conversation. While that isn't a bad thing, you want to be sure and give the person you're talking to the same amount of attention and time to shine. That's when you can use the abbreviation WBY, which means "What 'Bout (about) You." Not only does this abbreviation shift the conversation to the other person, but it also ensures that they don't get left out. Explore some different ways you can use WBY in text. 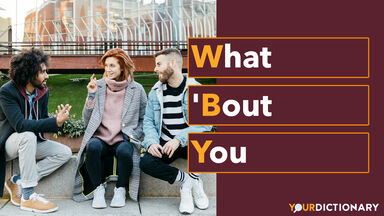 WBY as an Abbreviation

WBY (or wby) is an initialism, meaning each letter is sounded out individually. While WBY technically means “What About You,” which would be abbreviated WAY, about was eventually shortened to ‘bout. The phrase “what about you” can also be written:

It is a causal expression and is commonly used on social media or in SMS text. On social media, it can be a great way to engage with your audience and ask them what they think about a particular subject. For more private conversations, it is used to ask about the other person's thoughts or interests.

Other Meanings of WBY

WBY is generally understood to mean “what ‘bout you.” However, in certain contexts it can mean one of the following:

Examples and Usage of WBY

The abbreviation WBY is typically used in casual, informal conversations. Some examples of how to write it in context include:

Examples of WBY in Marketing

Although the abbreviation WBY is usually not appropriate for a professional conversation, it can be a great tool in social media marketing. If you have a presence on social media and wish to engage with your followers, WBY can be a good way to engage with them and get their thoughts on a certain topic or product.

Other popular abbreviations for asking how someone is or what they’re doing include: